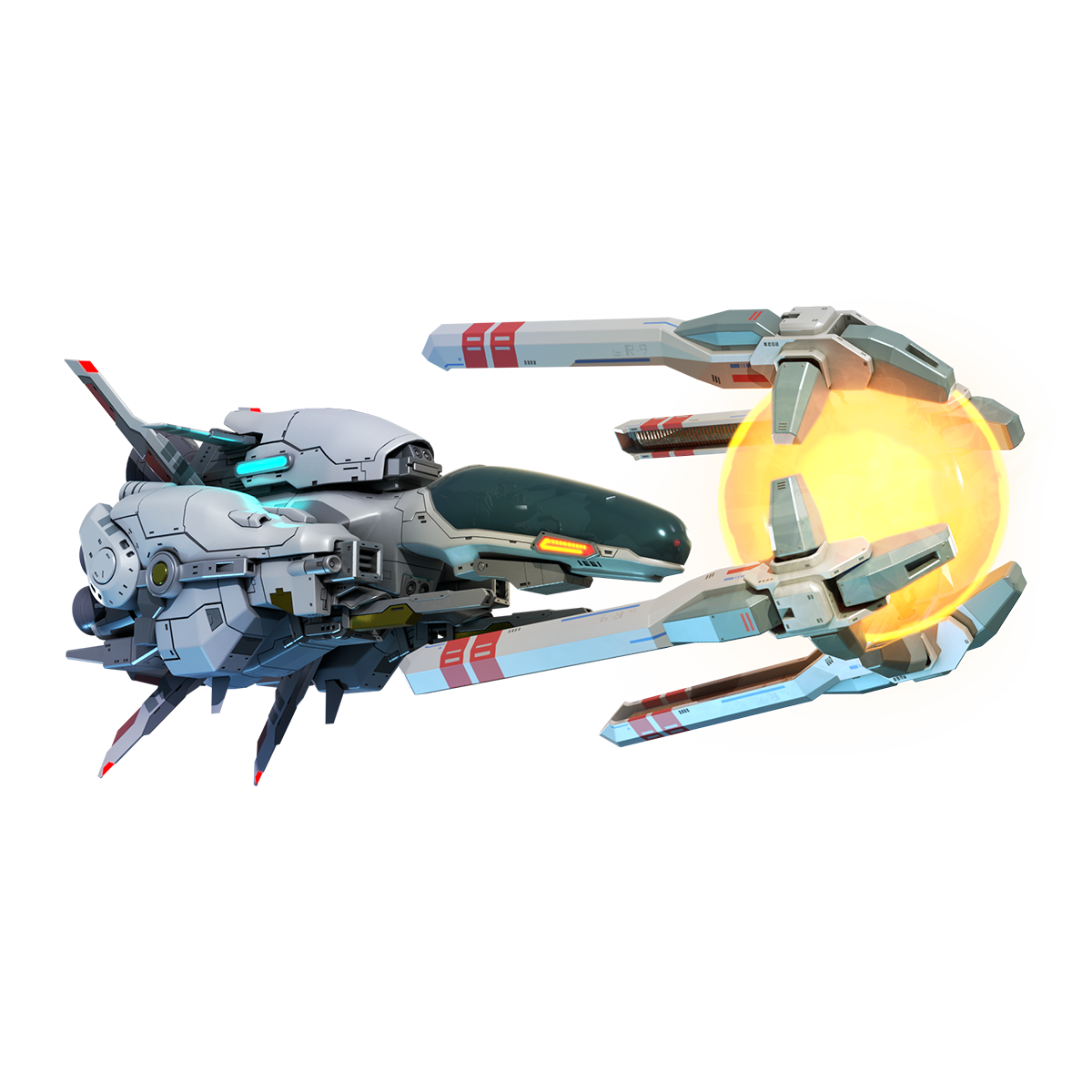 It was originally an aircraft designed to work in outer space but was evolved and developed as a fighter fighting against the Bydo. It was the first fighter deployed in actual fighting. R-9A ARROW HEAD is considered to be the ancestor of all R-craft that will appear in the games in the future. It can be equipped with the Wave Cannon (which is later referred to as Standard Wave Cannon), Round Force, Homing Missile, Bit Devices, and so on.